The most awaited Tollywood film Love Story. The film stars Naga Chaitanya and Sai Pallavi finally set to BlockBuster hit on silver screens on September 24, in this year on theatres. This film has directed by Sekhar Kammula and producer of this film by Narayan Das, Mohan Rao, and Puskar Ram under the banners of Amigos Creations. The film music has composed by Pawan Ch through Aditya Music. Already four songs are released from the album all songs got superb response from the audience but “Saranga Dariya” song getting super hit in the film. Sai Pallavi giving amazing steps in the song and looking very beautiful.

The trailer of the Love Story film has releases on September 12th, 2021. The trailer features Naga Chaitanya and Sai Pallavi while the Naga Chaitanya is Revanth whose profession is a Fitness instructor. Hero dream to start his own business later Sai Pallavi as a Monica she is an engineer and struggling to find a job. Both are met at some time and being good friends after that Revanth convinces Monica to join his dance class. Here their love story starts and both are fall in love. They faced a problem with their families because Revanth is a struggler and Monica is an upper-middle-class family but both are ready to whatever happens will win their love.

Virata Parvam is an upcoming Telugu language film. The film title has officially announced on June 15th, 2019 while the film is a commercial entertainer and includes politics, action, and romance. Half of the story was shot in forests and the film has directed and written by Venu Udugula.

The film stars Rana Daggupati and Sai Pallavi playing lead roles in the movie. Priyamani, Nandita Das, Nivetha Pethuraj, Zarina Wahab, Naveen Chandra, Easwari Rao, Sai Chand performed supporting characters in the film. The movie is producing by D. Suresh Babu, Sudhakar Cherukuri under the banners of Suresh Productions and Sri Lakshmi Venkateswara Cinemas while the music is composed by Suresh Bobbili and one song has releasing titled Kolu Kolu this song got a good response from the audience.

The teaser of the Virata Parvam movie has released on March 18th, 2021. It got more than 4million views on YouTube. Sai Pallavi plays the role of Vennela and Ranaa Daggupati acts as a comrade Ravana while Priyamani is a comrade Bharathakka. After seeing the teaser of the movie it is going to be an intense love story in the ’90s with Telangana Backdrop. Sai Pallavi looking very beautiful and wearing half saree and Rana looking very brave. The audience expectations are very high eagerly waiting for this lovable Telugu movie.

The film release has postponed two times due to pandemic situations in India. But recently makers announced the release details. The film releases on October 28th, 2021 on OTT platforms. So watch and enjoy the movie.

The Tollywood actor Sai Dharam Tej’s upcoming new project titled Republic movie. The film has directed by Deva Katta and produces by J. Bhagawan through JB Entertainments. The movie stars Sai Dharam Tej, Aishwarya Rajesh, Jagapathi Babu, and Ramya Krishna are playing the main roles in the film. The music has composed by Mani Sharma one song was releasing from the album titled Jorse and the cinematography and editing work is providing by M. Sukumar & Praveen K. L. Hero Ram Charan releases the first look poster of the movie and the poster has a message with Sai Dharma Tej Portrait look. The audience also giving good feedback about the poster and waiting for the movie releasing.

Republic is a social action drama film. This film story representing themes of Indian Systems of the legislative, judiciary, and administration. Sai Dharma Tej plays the role of civil servant as Abhiram. For this film Sai Dharma Tej giving more effort and hard work as compared to other films. The  Republic Movie is a drama-action mystery film and will be soon solved this mystery in theaters.

The Republic movie trailer is releasing by Megastar Chiranjeevi on Wednesday. In this movie Sai Dharma Tej playing a powerful collector with arrogant politician Ramya Krishna. After watching the trailer Sai Dharma Tej’s dialogues are very impressive. It also represents the Abhiram conveying the true meaning of Republic finally trailer got a good response from the audience and eagerly waiting for the movie. No need to waiting for the film because it is set to releases on October 1st so watch and enjoy the movie with your family and friends.

Thaman S Shares His Opinion On Twitter About Republic Movie:

Aasi is an angler kid, and Sangeetha otherwise known as Bebamma is the little girl of a Vijay Sethupathi. How would they fall head over heels? What happens when the normal obstruction is appeared by the family with power.

Panjaa Vaishnav Tej makes his introduction as a saint with Uppena. It is a striking decision to think about the closure. In any case, other than that, all the other things are on the normal lines. As in, there is no substantial exhibition needed for the part, and it manages straightforward feelings including sentiment and fun.

The other essential viewpoint to consider is the de-glitz look. It, nonetheless, turns out sublimely for the film. Vaishnav Tej mixes flawlessly into the film, and we just see a character instead of some wannabe star debut vehicle. For a debutant, Vaisshnav Tej is good. There is a ton of degrees to improve and that should be dealt with in the impending motion pictures.

Tips & tricks to help you get more from your tech and gadgets and here’s how to watch the latest movies in order, also including the online platforms and TV.

Bucchi Babu Sana makes his first time at the helm with Uppena. He recently functioned as an associate to Sukumar. One can see a ‘visual’ engraving of the expert on the understudy. Uppena is a romantic tale, and it is just about as unsurprising as it comes. One glance at the secret, and it is sufficient to figure all that occurs. All in all, what really matters to the film? Indeed, it is the execution. Uppena has been strikingly mounted. The visuals, the music, the foundation score, and the natural yet enthusiastic areas make one intrigued by the procedures. They, alongside the lead pair, bring newness. Despite the fact that the same old thing is going on, we are associated with the procedures, the sweethearts’ excursion. It resembles Titanic, where the ‘Titanic’ is the new component that hoists a normal ‘rich young lady helpless kid’ saying.

Devi Sri Prasad’s music is the help of the film. Be it the melodies or the foundation score it feels as though he has placed his blood into the venture. The effect is felt resoundingly. The cinematography is stupendous, as is the fine art. The altering might have been something more, particularly in the subsequent half. The composing is right on target, particularly generally. The peak, obviously, sticks out. The song Jala Jala Jalapaatham reached more than 64 Million views on Youtube.

Krithi Shetty gets an eminent part in her presentation. It sure leaves an effect in the heartfelt segments. Furthermore, there is an entire ‘significant’ block devoted to her, which expects her to perform at the ideal. She has made a reasonable showing for a beginner there.

Check out our site chilibitegames.com android mobile games for your Android device of choice. For you non-gamers, we also have a list of the best Android apps.

Vijay Sethupathi, as referenced above, is a basic presence. At the point when we say ‘presence’ that is the thing that is important here. The mental part of it works as opposed to his genuine work, which is on anticipated lines. The remainder of the cast doesn’t stick out or are perceptible as the attention is more on these three basic characters. If you miss watching this movie on theater now these movie streaming on Netflix you can watch by using your android smartphone and enjoy it. 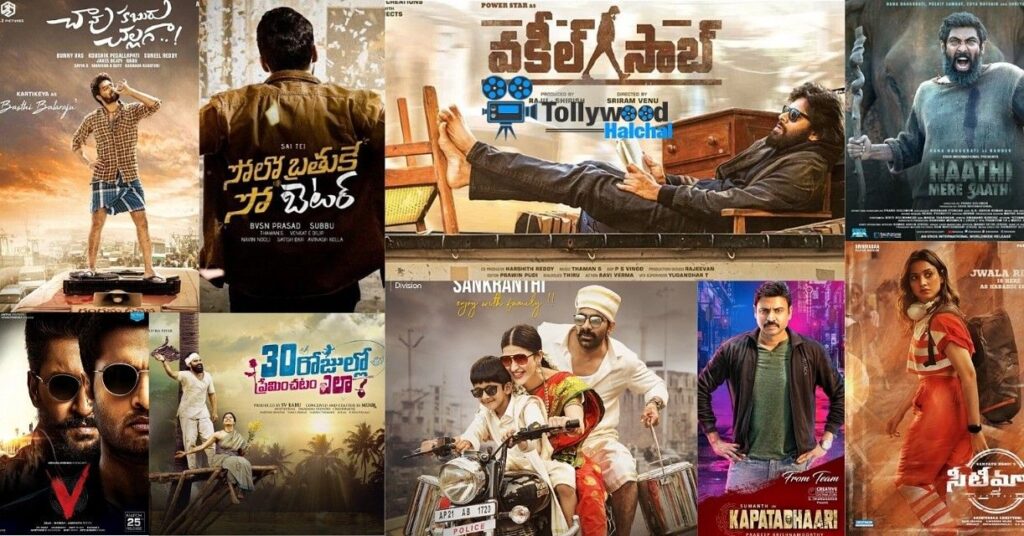